Kanban – more than just a method

Besides Scrum, Kanban is the most popular framework when it comes to agile working. However, the method consists of much more than just the well-known Kanban board with colorful post-its on it. It provides an alter­na­tive way to agility and helps manage chaos in ever­yday work life by visua­li­zing it, estab­li­shing smooth processes, and iden­tifying blockers. What exactly is it all about?

The beginnings of the Kanban method emerged from the Toyota Production System (TPS) in the late 1940s. Translated from Japanese, “Kanban” means something like “signal card”. These signal cards were used to indicate how much of which material was needed. They were then passed between the teams to the suppliers until the required materials were available again in sufficient quantities. This basic principle is still used today to optimize the flow of materials and to align warehouse stocks with actual material needs. This procedure is also known as the pull method or just-in-time (JIT) production.

Since beginning of this century, the use of the Kanban framework has expanded from production logistics to many other application areas. The decisive factor for this was the work of David J. Anderson, a Microsoft engineer who was the first to extend the ideas of Kanban to other organizational processes. The Kanban framework is based on several principles and practices.

In Kanban there are three fundamental principles:

1. Start with what you are doing now and respect the current roles and processes.

This makes the introduction of Kanban very easy. You do not have to build a new organizational structure or redefine all processes. The first step is to make the status quo of your current way of working transparent.

Kanban is closely linked to the idea of continuous improvement. This not only applies to the product of your work (“what”), but also to the way you work (“how”). Through continuous measurement you gain empirical data, which you can use to further develop and optimize your work system.

3. Encourage acts of leadership at all levels.

Kanban is about managing the work, not the workers. Accordingly, while goals are defined, the responsibility for how best to achieve those goals is given to the teams. Decisions should not be made according to the HiPPO principle (Highest Paid Person’s Opinion) but by the people actually doing the work, based on empirical data.

In addition to these three basic principles, there are six practices that provide a framework for concrete steps of initiating change:

The first step is to understand the status quo. By visualizing your work, you create transparency about your work processes and communication channels. This process of visualization often leads to aha-moments because dependencies and bottlenecks in the work system become obvious.

People are not able to multitask. At least not when it comes to things that require our cognitive attention. Trying to do several things at the same time means that we often switch rapidly between tasks. This automatically causes frictional losses – because we have to rethink a task or hand it over to someone else. Even if there were no frictional losses at all, more parallel work means that the individual tasks are completed later. This idea is summed up in the sentence “Stop starting, start finishing”. A central goal of Kanban is to focus on finishing work instead of adding new work to the system.

It is important to design the system in such a way that as little work as possible gets stuck and at the same time there is as little idle time as possible. The central element here is the pull principle. Work packages are not blindly “thrown over the fence”, but the person (or team) downstream in the work process only pulls the work when they have free capacity. In other words, they only accept a limited number of tasks at a time. Thus, the work that is put into a system should always be exactly as large as the work that leaves the system. A good example of this is the airport metaphor: the number of incoming aircrafts (arrivals) must be the same as the number of departing aircrafts (departures). If there are constantly more arrivals than departures, this will inevitably lead to a traffic jam of aircrafts at the terminal, resulting in delays and cancellations.

The idea of creating transparency is one of the core elements of Kanban. This becomes visible in the fifth practice. Not only do you make the work itself transparent (via visualization on the Kanban board), but you also create transparency about all written and unwritten rules in my work system.

It is important to note that the goal is to describe the current status quo, not to describe a desired future state. If we find out that there are rules that exist on paper, but nobody sticks to them (for example, a very detailed documentation), Kanban shows us this discrepancy. The discussion of this rule leads to three possibilities: The rule is discarded; the rule is changed, or the team re-commits to the existing rule.

Regular feedback loops help to optimize the system. Therefore, retrospectives, in which the work processes and reasons for blockages and bottlenecks are analyzed and suggestions for improving the work process are discussed, are an integral part of Kanban.

From the gained insights, concrete measures are derived. These measures will be tested for a defined period according to the principle of an experiment and then re-evaluated again.

In the sixth and last practice the idea of continuous improvement and working with experiments becomes very clear. The procedure in Kanban is based on the phases of the Deming cycle (PDCA: Plan – Do – Check – Act): First, it is defined what is to be achieved with the change. Then a time period is defined in which it will be tested, and metrics are designed to determine whether it fulfils this purpose. The test phase is followed by an empirical evaluation. Then the initiative is rejected or rolled out into regular operation. This cycle ensures that only those changes that have been proven to be useful will be implemented.

The focus of Kanban is on a good interaction within and especially between teams. It is explicitly not about creating single “high performing individuals” or teams, but about optimal cooperation. This means that the work system as a whole and not the work performance of individuals should be optimized.

This shift of attention from individual performance to interaction, together with the three principles and six practices described, offers many opportunities for organizations to establish a successful and sustainable way of working.

You want to learn more about Kanban? At troodi, we offer a learning program to understand the fundamentals of the Kanban framework. Kanban certified trainers Rochelle Roos and Mike Freislich share their knowledge from many customer projects and give you many practical examples of how to get started with Kanban. Here’s what you can expect from the learning program:

Interested in our Kanban learning program or in a Blended Learning Journey on Kanban? Please get in touch with us! 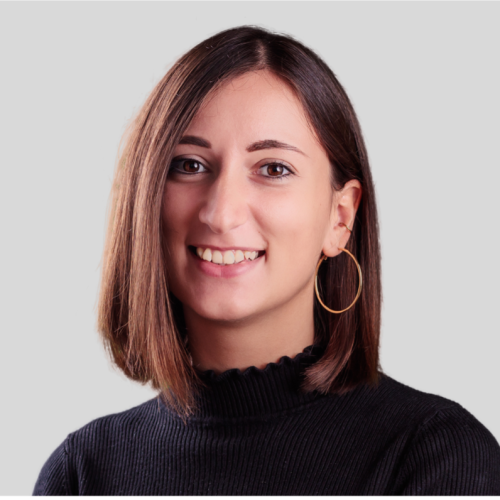 Digital self-learning has the potential to provide more individualized and thus more effective employee development. However, it is not always easy for learners to maintain their level of engagement. To make learning projects successful, certain frameworks are needed. We offer five tips that can help structure and sustainably drive your own learning process.

What does it mean to work agile?

The topic of agility is becoming more and more important with the increasing digitalization of the working world. Organizations must react quickly to complex and dynamic processes and workflows. Agile working makes it possible to respond faster to change, collaborate better, and increase the quality of results. But how does it work exactly?

What is New Work?

Our working life is rapidly changing due to the rise of digitalization and globalization. In order to remain competitive organizations are adapting to the new circumstances. The concept of New Work responds to these changes. But what exactly hides behind the terminology? And how can New Work be practically implemented?